The extension of A Luoi dwarf banana brand

Under the consultation and support by the Center for Rural Development in Central Vietnam (CRD), Hue University of Agriculture and Forestry, the A Luoi dwarf banana which was once cultivated to achieve hunger eradication and poverty reduction for this mountainous region, has gradually gained a foothold in the market. 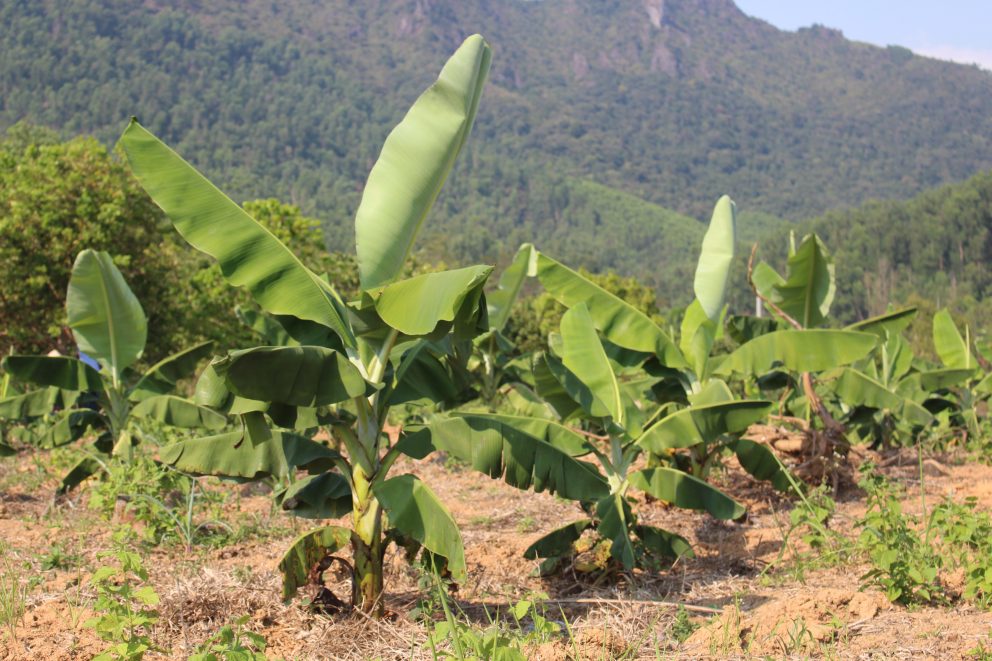 Increasingly gaining a foothold in the market

The A Luoi dwarf banana which becomes popular, has significantly improved farmers’ income. However, growing banana and other products have recently worried about the ability to survive in the open market because the cultivation area is relatively small in addition to the root deterioration and outdated cultivation techniques.

In October 2019, the CRD implemented a contract with the Center Group on Upgrading banana value chain in A Luoi district, Thua Thien Hue province through the Community livelihood development program. By this way, CRD staff conducted a field survey in A Luoi district to identify difficulties in banana cultivation techniques and scale of production that growers have encountered as well as to completely understand their needs for technical assistance for banana cultivation. 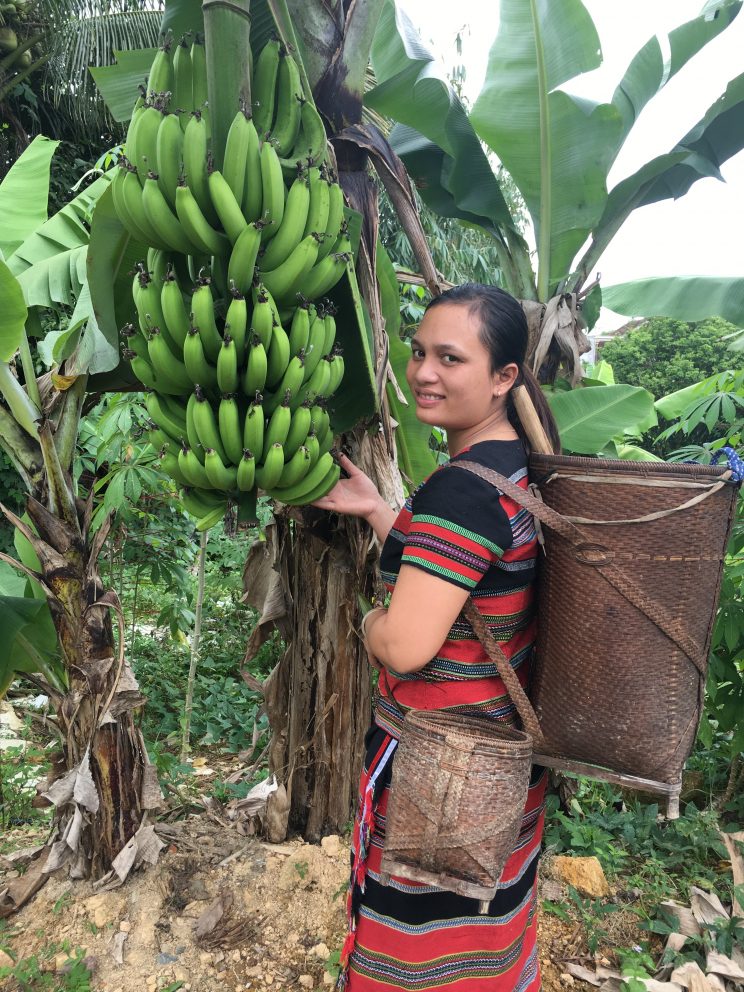 A representative of the Women’s Union of A Luoi district said that the CRD had supported to establish 3 banana growing groups which provided training for 90 households on organic banana cultivation. The CRD also provided technical assistance in the management and operation of cooperative groups /teams; and conducted training and technical guidance for farmers based on identified needs.

Mr Ho Van Gian and his family in Hong Kim commune (A Luoi district) grow more than 200 dwarf banana roots and harvest 2-3 bunches per day with the price of VND 5,000 – 8,000 per kilogram worth, approximately VND 100,000 a day. Dwarf banana is easy to grow and suitable for the local soil conditions with little care but produces high yields. Gian’s family now register to buy 50 more dwarf banana roots to expand the model.

At present, there are about 387 hectares of banana including 116 hectares of dwarf banana in A Luoi district.  The average yield is 280 quintals/ per hectare with about VND 100 million income. The fact is that many households have improved their lives thanks to growing banana. The A Luoi dwarf banana has been issued the food safety certificate by Thua Thien Hue Agroforestry-Fisheries Quality Assurance Department. Through the Community livelihood development program of the Center Group, in early 2019, farmers received good news when the dwarf banana could be able to enter Big C supermarkets at 15 tons per month. Also, the A Luoi dwarf banana has participated in many trade fairs and markets in some Southern provinces and is served on dining table of boarding students in the province