Supporting community in development and dissemination of the Convention on forest management, protection and development.

From the 4th to the 7th of July, 2021, people in Doi hamlet, Thuong Lo commune, Nam Dong district, Thua Thien Hue province organized meetings to make amendments and supplements to the Convention of the community. This activity was implemented in consultation with the Centre for Rural Development in Central Vietnam (CRD). 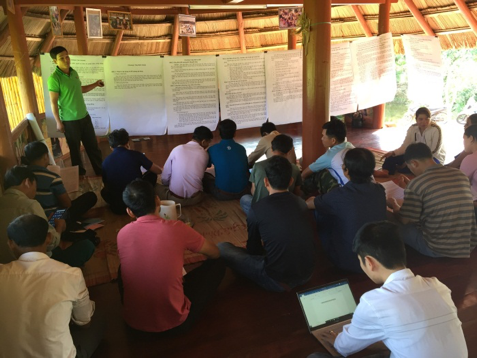 Meeting on discussion of amendments and supplements to the Convention

With CRD support, the Community Forest Management Board in Doi hamlet rebuilt the Convention in accordance with the Law on Forestry 2017 and Decision No. 62/QD-UBND of Thua Thien Hue provincial People’s Committee regarding regulations on community forest management.

Based on the Convention 2016, the Community Forest Management Board along with the Party Cell, Youth Union and 6 household groups participating in forest management organized 3 meetings to make amendments and supplements to the Convention. Participants in the meetings discussed to come to agreement on amendments and supplements in accordance with the Law on Forestry 2017 and Decision No. 62/QD-UBND to have the Convention suitable for actual situation of forest management, protection and development in the community.

Mr. Ho Van Nho, Head of Group 3 Community Forest Management Board said “At the beginning of forest allocation by the State, only few households in the hamlet joined groups for forest management. Since there came support from Programs/Projects, more households have desired to take part in groups to have benefits of this. It can be seen that this matter has not been mentioned in the Convention so the Convention must be updated to be suitable for actual condition of the community as well as to show responsibilities and obligations of new members”.

After being accepted by the community, the updated Convention including 4 chapters and 12 articles was submitted to the local authority to get approval. On July 23, 2021 the People Committee of Nam Dong district issued the Decision No. 827/QD-UBND approving the Convention on community forest management, protection and development of Doi hamlet, Thuong Lo commune, Nam Dong district, Thua Thien Hue province.

Right after getting the approval of the local authority, the Convention has been disseminated among households to help them know and understand regulations on forest management, protection and development in the new period. 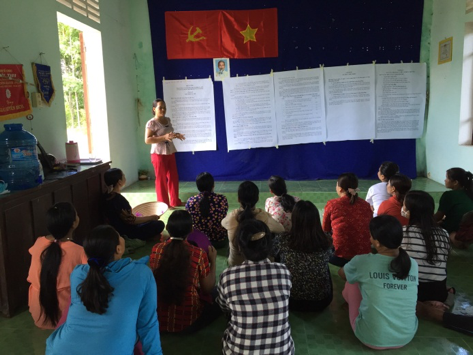 The activity is within the framework of the project “Strengthening CSOs and CBOs to Accelerate Conservation Efforts in the Central Annamites” funded by Swedish International Development Cooperation Agency (SIDA). The project is coordinated by the World Wide Fund For Nature Vietnam and co-implemented by the Centre for Rural Development in Central Vietnam and Thua Thien Hue Forest Owners Sustainable Development Association.